Layering security controls through your application What Is Defence in Depth?

Defence/defense(*) in depth (sometimes referred to as "layered security") is an approach to securing a system, service, or piece of software that focuses on including strong security controls on all layers of a stack or design, rather that focusing all effort on securing only the outward- or user-facing parts of the solution. The aim of this practice is to build redundancies into security controls so that, if one control fails (either temporarily or permanently), the other controls will still be able to protect the application.

Why Do Defence in Depth?

A team may practice defence in depth to ensure that the system or application is able to defend against attacks even in the event of the failure of the outermost layers of control.

In this way, an attacker is less likely to be able to thoroughly exploit or penetrate the system because the team that designed it has not assumed that the outer layer of defences will hold up against all types of attack, or that there is no way past those defences that they have not anticipated.

How to do Defence in Depth?

Defence in depth can be practiced at any stage of the software development lifecycle, but it is most effective when first considered during a threat modelling exercise at the start of an iteration, or during project kickoff. It involves assessing and implementing strong security controls to each element of the design.

Considerations may include (but are not in any way limited to):

Look at Defence in Depth 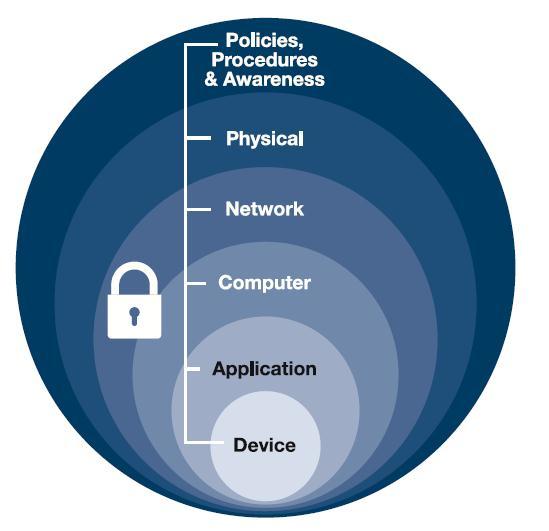 Check out these great links which can help you dive a little deeper into running the Defence in Depth practice with your team, customers or stakeholders.

Secure Design Concepts talk by Tanya Janca, which covers defence in depth as well as many other foundational software security concepts

The Wikipedia article on Defence in Depth

Cloudflare's overview of Defence in Depth